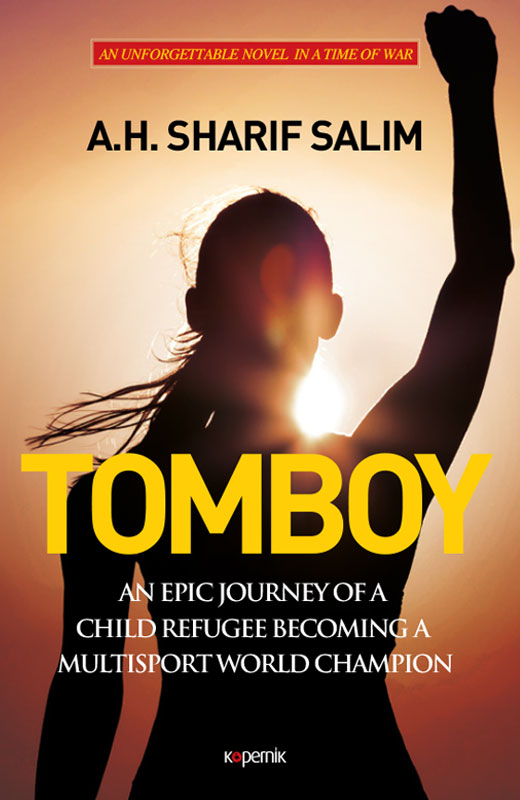 She was conceived as a result of her mother’s rape at the bloody hands of a Serbian warlord in the waning days of the Balkan War. After five years of living in fear, hunger, and surviving frigid winters, Jarmila and her mother, Sanela Bartanovic, are rescued by an NGO and escaping the carnage and devastation of war-torn Bosnia.

Soon, mother and daughter arrive in New York City, a few months before September 11, 2001, where a different set of challenges and adversities await the Bosnian refugees.

Befriended by strangers, both to their benefit and detriment, the Bartanovics precariously adjust to life as poor immigrants in the big city. A few years later, Jarmila, a tomboy, is found to be an exceptional talent both academically and athletically. Once shunned in inner-city schools for her blond hair and pale skin, Jarmila’s indomitable temperament and eternal quest for acceptance eventually finds a vehicle through interscholastic sports.

As she grows taller and stronger, the once outcast child of war is now a sought-after teenage sports phenom. A plethora of coaches covet Jarmila for her incredible accomplishments in basketball, tennis, and swimming. However, the cycle of pain revisits the Bartanovics when the 15-year-old protagonist is raped by a person she trusted – her school coach and legal guardian. The traumatized girl’s life is changed forever.

Unbowed and unbroken, the resilient Jarmila moves forward as she successfully navigates the often-murky waters of collegiate and professional sports. Eventually she rises to become one of the most successful multi-sport female athletes in the world. Trials and tribulations continue to haunt Jarmila as she struggles with her cancer-stricken mother, the loss of her younger brother, and numerous dead-end relationships.

This book is a paean to the unconquerable spirit of hope and survival that lies deep inside us all. The main character is also driven by her unquenchable thirst to find love and acceptance. This work of fiction based on truth encompasses the life of a woman who rose from being a homeless refugee to becoming the highest paid female athlete in history. As we travel with the Bartanovics from one continent to another, the story expands slowly, becoming emotionally complex and powerful with each turning page.