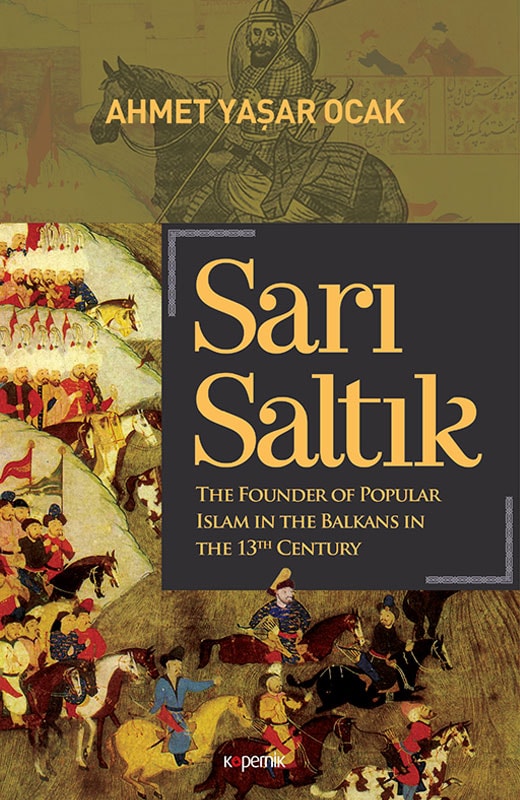 The life of Sari Saltik, a thirteenth century character who played a crucial role in the dissemination of popular Islam and spread of Turkish settlements in the Balkans, is an enigmatic chapter in history. Conflicting historical information about his religious and social background, as well as his personality, may lead one to think that he was a man who appeared in misty silhouette at first sight. A careful look at sources, however, soon reveals that this misty silhouette in fact belongs to a historical figure, a warrior-saint with a wooden sword at hand. One could argue that this interesting man is almost akin to St. Patrick, who brought Christianity to Ireland in the fifth century. He is the St. Patrick of the Islamization process of the Balkans.

The legends about Sari Saltuk intermingled with those of Christian saints and his personality was identified with them starting from early depictions. This is what has made him quite an interesting and appealing figure for Turkology scholars since the nineteenth century. As indicated in numerous publications about him, similar to Jalaluddin Rumi, Haji Bektash, and Yunus Emre, Sari Saltik never lacked an audience. After the 1990s when the Balkan political order began to be reshuffled, this Turkoman sheikh became a center of attention once again. Today, there are still historical problems concerning his personality, identity, and activities. His life story is one of the most important parts of Balkan and Turkish history. Who was Sari Saltuk? What did he do? And more importantly, why did his activities mattered then, and also today? This book explores these important questions and tries to bring Sari Saltuk back to life, extracting his image from the misty silhouette.