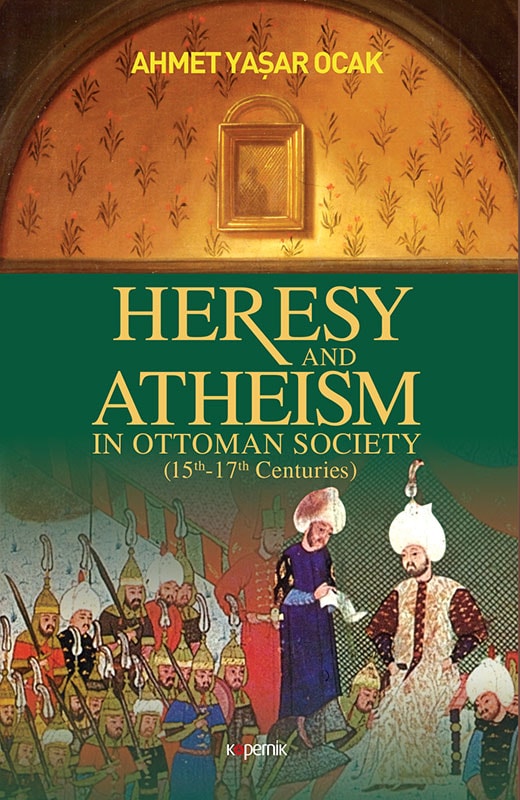 Heresy and Ahteism in Ottoman Society

In this groundbreaking book, which challenges some of the main assumptions in Turkish historiography, Ahmet Yasar Ocak examines the causes, context, and protagonists of heretical and irreligious movements in the early modern Ottoman Empire.

The Ottoman Empire never lacked individual and communal rebellions and resistances to its social order and ideology throughout history. Labeled as heretics or apostates, the leaders and adherents of these movements were often punished by death. Why did these people rebel against the Ottoman social and religious order? Who partook in these movements and why? What were the Ottoman authorities’ reactions to them? Ocak deals with such important questions and, with a plethora of hitherto unknown documents, details one of the least-studied aspects of Ottoman history.

In the footsteps of M. F. Köprülü and A. Gölpınarlı, Ahmet Yaşar Ocak has so far published numerous works on heterodox and marginal groups in medieval and Ottoman Anatolia. This study forms a sizeable synthesis, conceived of as social history of all those groups termed either “heretic” (zındık) or “atheist” (mulhid) by Ottoman society and officials. Few of the men that populate this thorough and thought-provoking study survived the accusations raised against them. Still, it is remarkable how small the death toll was when compared to the number of victims of medieval Christian suppression of heretics or of the Inquisition. Ocak has written an important book that will in many ways revise the current image of the Ottoman Empire and hopefully inspire research in the field of Ottoman Islam.
Gottfried Hagen, Archivum Ottomanicum

Ahmet Yaşar Ocak contributed much original research, several key documents being published or translated for the first time in the appendix. Above all, Zındıklar ve Mülhidler profits from Ocak’s impressive command of the often extremely disparate Turkish and orientalist literature. Ocak has provided a masterful and provocative synthesis of the social history of heresy in Ottoman society, which will not soon see its like.
Stefan Winter, University of Chicago, The Turkish Studies Association Bulletin