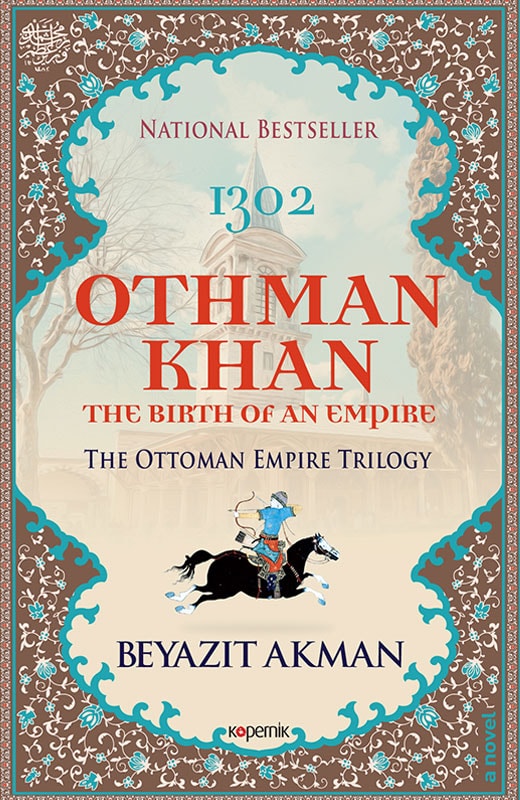 The Birth of an Empire

In the East are the barbaric Mongols.
In the West are the fanatic Crusader knights.
Out of this chaos emerges a young Turkish warrior
to found the world’s largest empire.

Othman Khan, Birth of an Empire is the first novel in English and world literature to tell the story of the birth of the Ottomans. It is a tale of epic proportions that shows the transformation of the Ottomans in thirteenth-century western Anatolia from a small nomadic tribe into one of the world’s largest and longest-lasting empires. Written after years of research based on updatedhistoricalsourcesin librariesworldwide,thisbildungsromannarrates Othman Khan’s life, vividly describing his struggles to lay the foundations of what became a world empire against the backdrop of turbulent times when the Moghul warriors swarmed across Anatolia, the Assassins of Hassan-e Sabbah of Persia carried out their spy-terror activities and European kingdoms united their forces in a holy war to expel the Turks from Anatolia.

It is the end of the thirteenth century. The Middle East is in a never-before- seen turmoil. It is a hotbed of blood and war. On one side there are the Mongols, who terrorize people with piles of the heads of their victims they butchered, and on the other side are the fanatical Crusaders who are sworn to kill every Muslim on their way. The feudal lords of the Eastern Roman Empire are also getting ready to hit the last blow to end the Turks once and for all. In Anatolia, the assassins of the Old Man also take their place in the unholy alliance against the Turks and sharpen their daggers to kill the Turkish beg.

Out of this chaos is about to emerge a world leader.

A young man from a small tribe will bring an end to this torture and become the figure of hope and justice. The story of the man who gave his name to the Ottomans, which ruled on three continents for six centuries.

However, before conquering the world, Othman first has to learn to conquer himself. After being captured by the knights and left to his death, Othman is rescued by the dervishes of the Sheikh, with whose daughter Othman falls in love. In his retreat to the Sheikh’s house, where Othman’s character is molded with Sufi mysticism and orthodox Islam, Othman finds his true love and discovers his real role in life. The novel also tells the epic story of the 1302 War of Bafeus, between the armies of Othman Khan and the Eastern Roman Empire, the war when Turks faced the Byzantine army for the first time, which has recently been accepted by historians as the true foundation year of the Ottoman.

The travelogue of Marco Polo and the intriguing narrative of Michael the Knight are other colorful notes from this rich ensemble. Much has been written about the history of the Ottomans and East-West discourse. However, only recently has historical scholarship started to step beyond orientalist clichés. Yet, to date, there is not much work to present this rich history artisticaly and accesibly, The Ottoman Empire Trilogy, planned as an epic series on the Classical Ottoman age, fulfills this gap. The series has been praised in Turkey for combining in-depth scholarship with artistic creativity, unusual for popular novels, but something crucial when compared to cheaply romanticized versions of history.